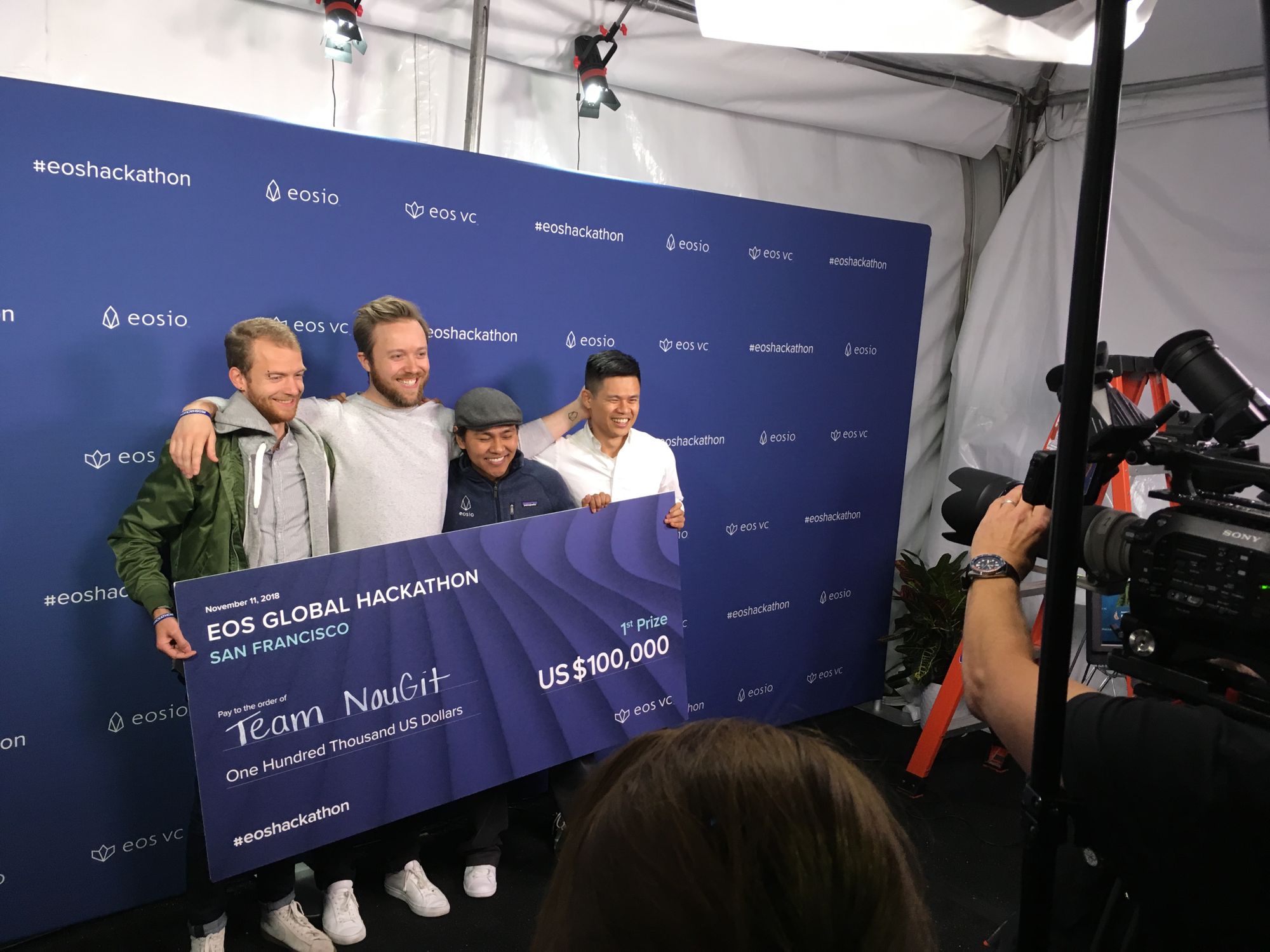 Nearly one year ago, on November 10, 2018, team NouGit won the EOS Hackathon, San Francisco and split $100,000.  Five people worked all night to build a decentralized, incentivized git repository on the EOS blockchain platform.  I advised this team, and gained some wisdom from the experience.

Later I started to look more closely at the team that had won.  Were they like other winning teams?   Internet search results showed consistently that strong teams had a business person, a technical person, and a designer.  In 2012, Andy Ellwood quoted Rei Inamato in a Forbes article on the hackathon dream team, saying the three necessary archetypes were hipster, hacker and hustler.

NouGit had that, but it wasn't what set the team apart.  In fact, the team had domain expertise in open source.  The participants were all open source advocates, people who had their own repos on Github or had contributed to them.  As an advisor with early Internet open source product experience, I encouraged and edited their concept.

That made me think. What if there was a hero to go with the hacker, hipster and hustler?  It sounded good, but it also allowed a team to add that person who fully understood a subject at great depth. This person could define the requirements for the team's concept, laying out what the world needed the team to build.  A pathgather article on The New Role of Subject Matter Experts (SMEs) supports the idea.

Does it work in practice?  We are about to find out.  An upcoming cultural hack event, Hack for Earth, plans to use this model as a point of differentiation.  They have invited heros to lead teams that are investigating various concepts for restorative, sustainable ecological action.  Come to San Francisco, Nov 2-3 to check out the scene.